Refer us and get $200 for every successful referral. 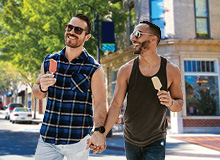 Talk to a loan specialist 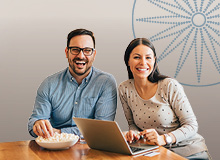 When you transfer your mortgage.

Plan for my retirement

Think of it as investing in future family time.

Plan for my retirement

Speak to a wealth expert

Get a business credit card

Talk to a business banking advisor 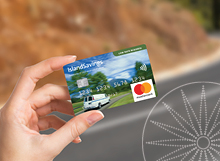 RESP Grants: How To Save For Your Children’s Education

Going to university costs a lot of money. That should come as no surprise. And the way things are looking now, the rising costs of living are only going to increase tuition costs.

What that means is for a large demographic, the dreams of your children receiving a post-secondary education are getting more and more out of reach. Watching your children trying to claw their way out of debt is hard for any parent.

An RESP can help reduce that future burden, or even get rid of it entirely.

RESP stands for Registered Education Savings Plan. It’s an investment account where the savings for your child’s education grow tax-free. There are two other benefits RESPs have that really make them worthwhile: free government money and the power of compounding interest.

We’ll be walking through both of these so you can understand exactly what the big deal is with RESPs.

Here is a glossary of common terms you’ll find when dealing with RESPs.

Highlights of an RESP

A lifetime limit of $50,000 per beneficiary can be contributed to an RESP, which can be kept open for up to 36 years.

Interest earned on an RESP is tax-free. When the plan’s beneficiary starts withdrawing the money for school, only the accumulated interest is taxable as income.

Who contribute to an RESP?

Anyone can contribute to an RESP, not just the parents of the child, so you can open or contribute to the RESP of a grandchild, niece, nephew, godson, goddaughter, neighbour’s kid, etc. You can even open an RESP for yourself.

There are three government grants related to RESPs that BC residents can apply for:

Since the BCESTG is a one-time contribution and relatively straightforward and the CLB is for income-qualified families only, we’ll be focusing on the federal grant.

How much should I contribute to an RESP?

The CESG will match 20% of your contributions up to $500 a year. That is a steal of a deal: where else do you get a guaranteed 20% rate of return?

Option A: get the full match every year

However, the maximum lifetime contribution for the CESG is $7,200, so at that rate you’ll get the full match in:

That means that if you started contributing to your child’s RESP at their birth, you’ll have an extra three to five years of unmatched contributions. Which is fine, especially if you can afford that monthly payment (we’ll show you in a bit just how advantageous this would be in the long run).

But if what you are looking for is to make the most of the government’s match while paying as little as possible (because let’s face it, life—aka daycare—isn’t cheap these days), then here’s another way you could strategize your RESP contributions and not break the bank.

Option B: get the full lifetime match

The CESG match is available until the calendar year when your child turns 17. So instead of going for the maximum annual contribution, you could instead aim to spread the government’s match over those 17 years. That means you could lower your monthly contribution to $146 a month ($1,750 a year) still get the full $7,200 the government pitches in while saving $750 every year compared to option A.

This is a great option for families who are operating with a budget that leaves very little wiggle room. However, over 18 years of contributions, that difference of $750 a year does add up to the tune of an extra $22,888. In other words, if you are able to manage the higher monthly contributions, it will be well worth your investment.

Whether $2,500 or $1,750, you now have a number to work towards every year so you can get the most out of the federal government’s contributions to your child’s education.

When should you start RESP contributions?

Example 1: compounding interest over a time period of 18 years

On the other hand, let’s say you only started saving for your daughter Zoella when she turned 6 but your goal was again to contribute $45,000 by the time she turns 18.

In the first six years, you can contribute $5,000 and qualify for the CESG entitlement carry-forward: so instead of the regular $500 maximum annual contribution, you would get $1,000. Then over the following six years, you would contribute the remaining $25K. At the same rate of return (4%), when Zoella turns 18, she will have $73,013.19 set aside for her education, or $19,613.19 in projected earnings.

Compounding a little is better than none

The difference ($7,217) between Alfie and Zoella is significant (hashtag compounding interest…) However, it’s important that you don’t kick yourself for not having opened an account six (or twelve or whatever it may be) years ago. The earliest you can start is today. Having interest compound over six years is less than over eighteen years, but it’s a lot more than none. Whatever you do is worth it.

Both Alfie and Zoella will be extremely grateful when they’re 30 and not struggling to pay off their student loans and you’ll have given them one of the greatest gifts you could give your children as they start down the path of adulthood:

A life not burdened by debt.

Are RESPs worth it?

What we’ve illustrated in this article are practical possibilities of how you could get the most out of your RESP.

The best thing you can do is to speak to one of our financial advisors and we can help you plot your way to your goals.

Simplifying your financial life so you can thrive, that’s what we’re about.

WE'RE HERE FOR YOU

Everything is easier with a little help.

We acknowledge that we have the privilege of doing business on the traditional and unceded territory of First Nation’s communities.